Equipping YOU for life-long health and wellness, and a closer walk with God! yourteam@equipped4more.com
0 Items 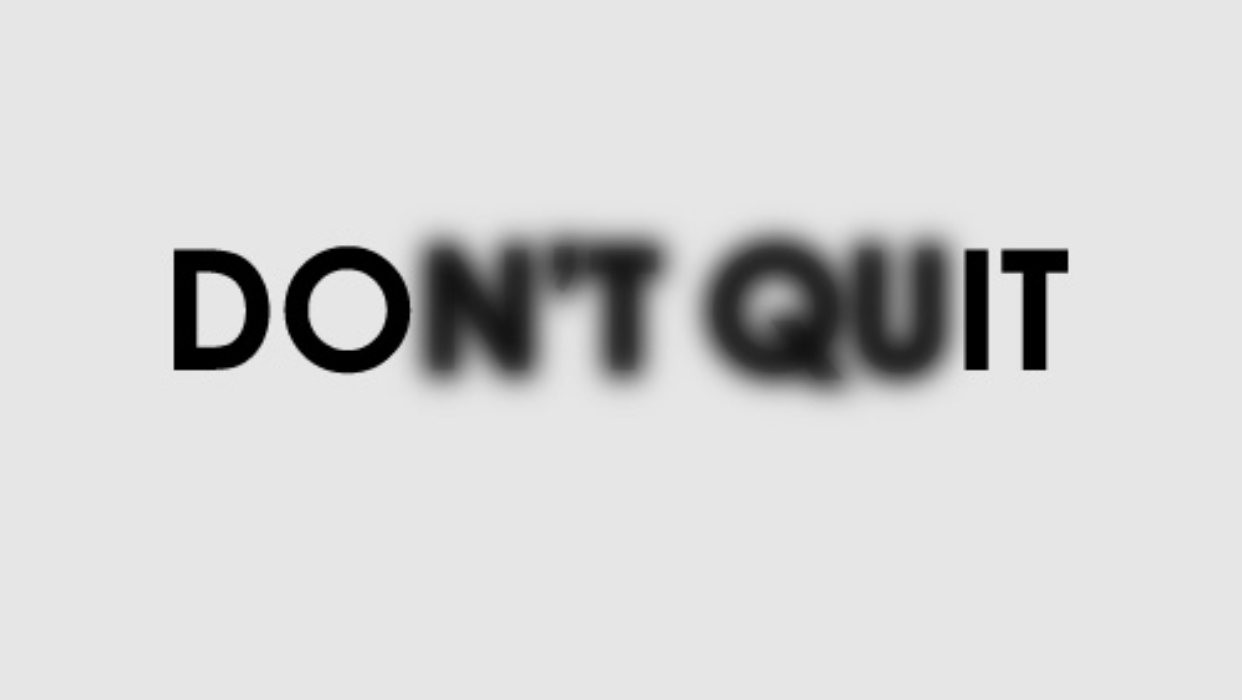 I’ve been on hiatus since October. There are a few reasons why I stopped writing. I told myself it was because I had no inspiration. To be honest, I think it was because I wasn’t listening to God speak to me. My life was hectic and instead of stopping the madness, I let it plug my ears. Well, no more! My ears are open and I’m ready to let my fingers fly across this keyboard!

I hit the 50+ pound weight loss mark in November. That was a major milestone for me! Logging every morsel, working out 4-5 times weekly and giving God control of my eating had changed my life! I was on cloud 9! However, as we know happens, I hit a wall.

The holidays were hard. Trying to say no to all the yummy desserts and extra heavy meals was a challenge. I obviously failed. LOL. I’ve gotten back on track mentally, but the weight loss has stalled. I have been losing and gaining the same five pounds since then! To be totally honest, I’ve been super frustrated. I feel like I’m doing what I was previously to lose 50+ pounds, but I’m not seeing any progress. It’s discouraging….aggravating…..irritating……

This week, I almost didn’t weigh in. I am still doing the mid-week weigh ins like I said I wouldn’t do (HA) and I almost passed out when I got on the scale Wednesday. The results showed I was up TEN POUNDS from the week before. TEN POUNDS!! It wasn’t possible! I had been to the gym every day and had stayed within or below my calories all week! It took everything in me to keep from picking up the scale and throwing it out the door! The tears immediately began to flow. I could not understand what was happening!!

After praying and expressing my grief and frustration to God, my feelings hadn’t changed. I told myself if I wasn’t below the previous week’s weight, I was NOT logging in for the week. Period. I was NOT letting any of you see that I had gained weight . After all, when you saw that I moved from the 50+ Pound Club to the 40+ Pound Club, what would you think??? I’m supposed to be losing not gaining!! I even told Julie I wasn’t going to do it. She lovingly looked at me and said she would support whatever I chose to do, but I could see in her eyes that she was praying and hoping I would chose to be accountable.

When I got on the scale Friday morning, I was crestfallen. Even though I wasn’t up 10 pounds, I was still up by 4.4!!  More tears and frustration. I have always had hormonal issues which could make my weight fluctuate dramatically week to week. I KNEW in my head that this was the cause because it’s happened before, but this time it hit me harder. With all the struggles since December, I made changes to get back on track, but nothing was happening. This weight gain was the straw that broke the camel’s back.

I was done. I didn’t want to do this anymore. I was ready to give up. No more E4M, no more tracking food, working out. Finished. Over and out. But….the still small voice that always reaches out when I want to give up whispered to me. DON’T GIVE UP. I’M IN THIS. KEEP GOING. I PROMISE THAT YOU WILL SEE RESULTS IF YOU JUST STICK WITH ME.

How could I possibly ignore the voice that has saved me from making so many bad decisions? How could I ignore the sweet voice of my Savior as He reminded me of His presence in the good AND the bad?? I made up my mind to weigh in. I had to be accountable. Whether I liked what I saw or not, I had to be submissive to the One who has given me victory after victory. More importantly, how I can ask you or anyone else to do something I’m not willing to do myself? Even though the scale isn’t reflecting all my hard work, I’m not going to let it stop me from doing what I know is right. God is going to bring a change for me because I’m OBEYING His voice. I’ll be out of the 50+ Pound Club and will joyfully be landing in the 60+ Pound Club before I know it – with all praise and glory going to Jesus!!

Family, if you are struggling with keeping engaged in your weight loss, please be reminded today that God is present. In every gain and loss, He is there. Every tear, every feeling of frustration and anger, He’s right there in the middle of it. Don’t quit. Don’t give up. Believe in the faithfulness of the God of the mountains and valleys.

I'm Ready to join and lose this weight once and for all!